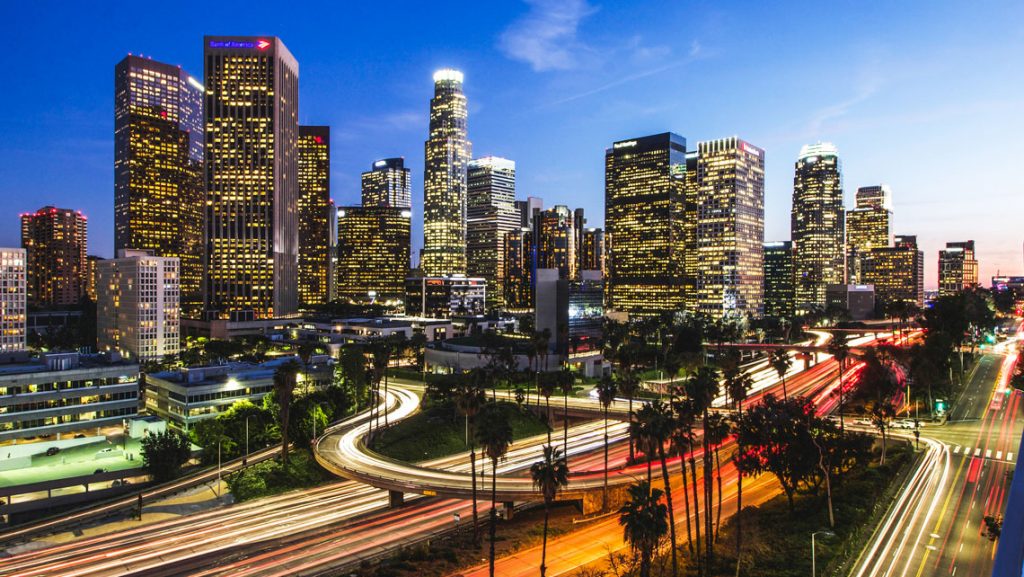 Big news. After almost seven years of filming in Atlanta, Family Feud is headed back home to Los Angeles! That means L.A. locals and visitors have the chance to come to a taping and experience the Feud in the studio! Brian Hawley, our co-executive producer on the show throughout its Atlanta run, shares all the details here.

“Steve Harvey lived there with his family. After shooting in Orlando the first year he hosted the show (2010–2011), we decided to move production right to his homebase to make it more manageable for him and his team. From then on, the majority of our crew traveled there from California for about three or four months every year.”

How was it down south?

“We loved our time in Atlanta, which has a nice ‘small city’ feel. We will also miss a lot of amazing people—the local crew members and audiences. There were even a few regulars who would come to most tapings. One of them stood up on our last day there to say goodbye to Mr. Harvey. It’s great to be back home, but also a little bittersweet.”

Why did you ultimately decide to come home?

“Mr. Harvey is very busy these days, juggling a lot of different shows, most of which also tape in Los Angeles. His talk show (Steve), for instance, is moving from Chicago to L.A., and it makes the most sense for him to be here. We also look forward to welcoming new audiences to the show, which is very exciting.”

When does production kick off, and how do you get tickets?

“This year, we’ll be shooting for two weeks in August, and three weekends in September. We’ll be at a new spot, the Los Angeles Center Studios downtown. As far as tickets go, it’s really easy! Simply go to On Camera Audiences, pick a date, and request tickets for you and your guests. When you come, you’ll actually see two show tapings back-to-back!”

What’s the best part of going to a Family Feud taping?

“Steve Harvey isn’t the type of host that goes back to his trailer during breaks. He does stand-up, takes questions, and really puts on a show. Throughout taping, he’s telling jokes, many of which you won’t see on the air. It’s basically like going to a free comedy show with a huge star, which makes it a truly unforgettable experience.”