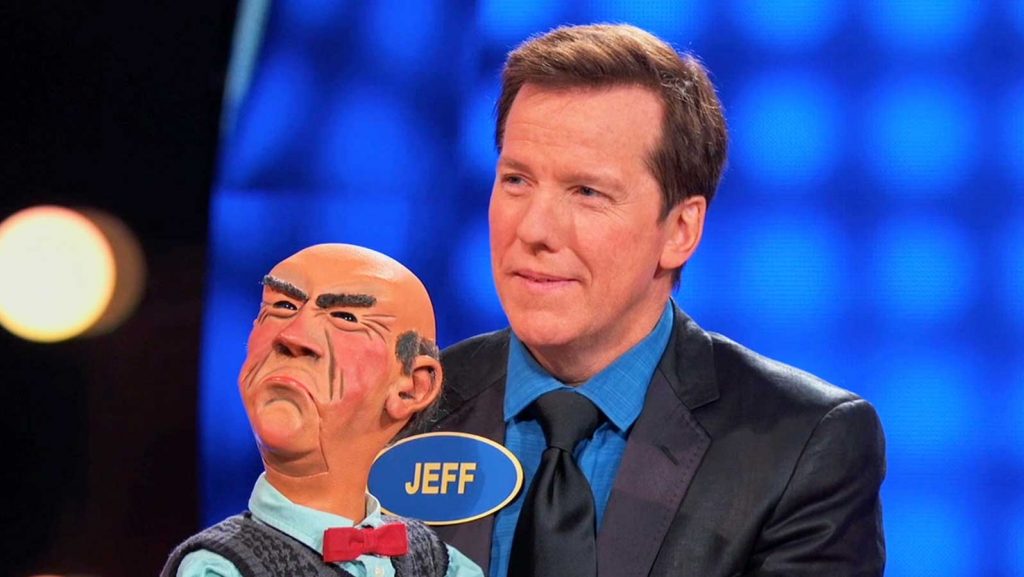 Celebrity Family Feud continues to dominate Sunday nights on ABC! Some of America’s favorite stars have stepped up to the podium to duke it out for their favorite charities including Sherri Shepherd, the casts of Station 19 and Grey’s Anatomy, ventriloquist Jeff Dunham, Tommy Chong, and many more. Take a look at some of our favorite highlights from the past month below! And there’s a lot more action on the way, so remember to watch Celebrity Family Feud all summer at 7|8c on ABC!

1/10 – Jeff Dunham brings Walter out to introduce his family, and Steve discovers he has a mind of his own… and it is SNARKY!

2/10 – Ming-Na Wen’s sister-in-law Juliet tells Steve she’s behind the scenes for a reason. See what happens when she takes center stage!

3/10 – Jeff Dunham and his daughter Kenna are chasing a beautiful $25,000 for Baby2Baby. Check out their awesome performance!

4/10 – Tommy Chong takes on NBA Champ Derek Fisher at the podium! Derek may have a SLIGHT advantage… Find out why!

5/10 – Sherri Shepherd lets loose with an answer that stops Steve in his tracks! You won’t BELIEVE what she says!

6/10 – Did Sherri Shepherd just create her own Sudden Death Victory Dance? You be the judge!

7/10 – On-screen husband and wife Jason George and Chandra Wilson make nice at the podium… for a moment anyway!

8/10 – Steve Harvey says you should never do this to him while he’s sleeping. PLEASE wake him up instead!

Watch Celebrity Family Feud all summer on ABC, SUNDAYS AT 8|7c, and stay tuned for To Tell The Truth starring Anthony Anderson at 10|9c!