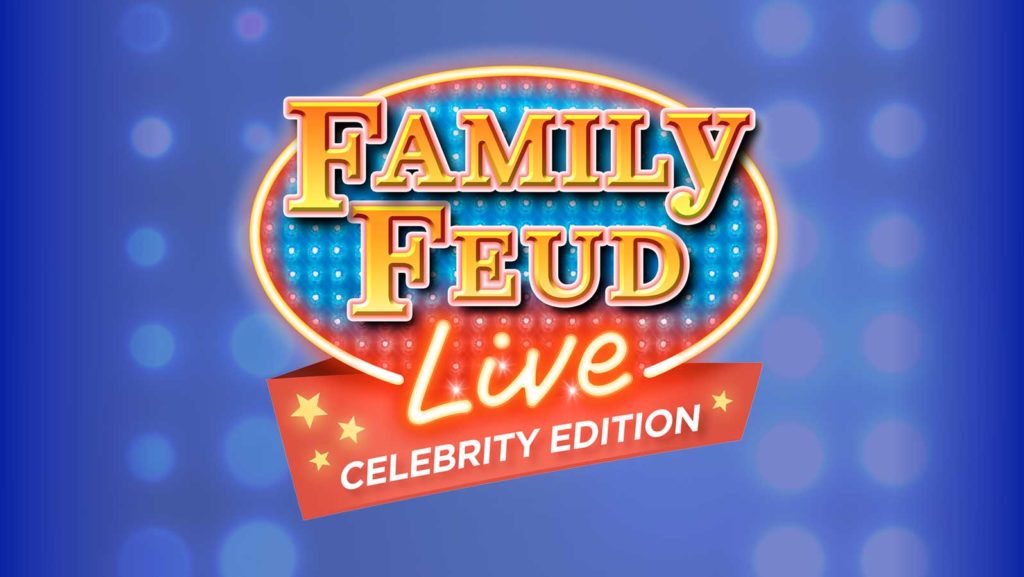 Calling fans of all levels—from TV-shouters to quiet armchair experts—there is a new Family Feud in town. That’s right; the show is officially hitting the road, in a live on-stage edition. It’s time to bring your own buzzer-beating style to the Family Feud experience.

Family Feud Live: Celebrity Edition is the touring version of the televised game show that promises to bring that Feud energy to a town near you. Join our celebrity team captains as they randomly select audience members to create on-stage “families” to compete for cash prizes.

As much as Feud is about taking on the opposing team, we know that the entertainment factor and the laughs add a lot to the experience of those playing and watching. The live show promises to go a step beyond. Jeff Palmer, VP of Live Entertainment at Fremantle (Family Feud‘s parent company), put it simply, “It’s like bringing a Family Feud party everywhere we go.”

The full-on theater versions of the live show has all the pieces Feud fans know and love (can you say Fast Money?) as well as a bonus round that is unique to the traveling show (with a big $ prize, no less).

Absolutely! Here’s the set-up: the live shows are led by an entertaining host along with the two celebrity team captains. The 2019 summer tour kicks off with comedian Alonzo Bodden as host. Known for winning Last Comic Standing and his contributions to Wait Wait…Don’t Tell Me!, Alonzo will be joined on the first leg of the tour by Brian Baumgartner (Kevin from The Office) and Joe Amabile (Grocery Store Joe from The Bachelorette, Bachelor in Paradise and Dancing with the Stars). Waiting in the wings to join as captain for the latter half of the summer tour is Cathy Rigby, famed Olympic gymnast and acclaimed star of “Peter Pan“. 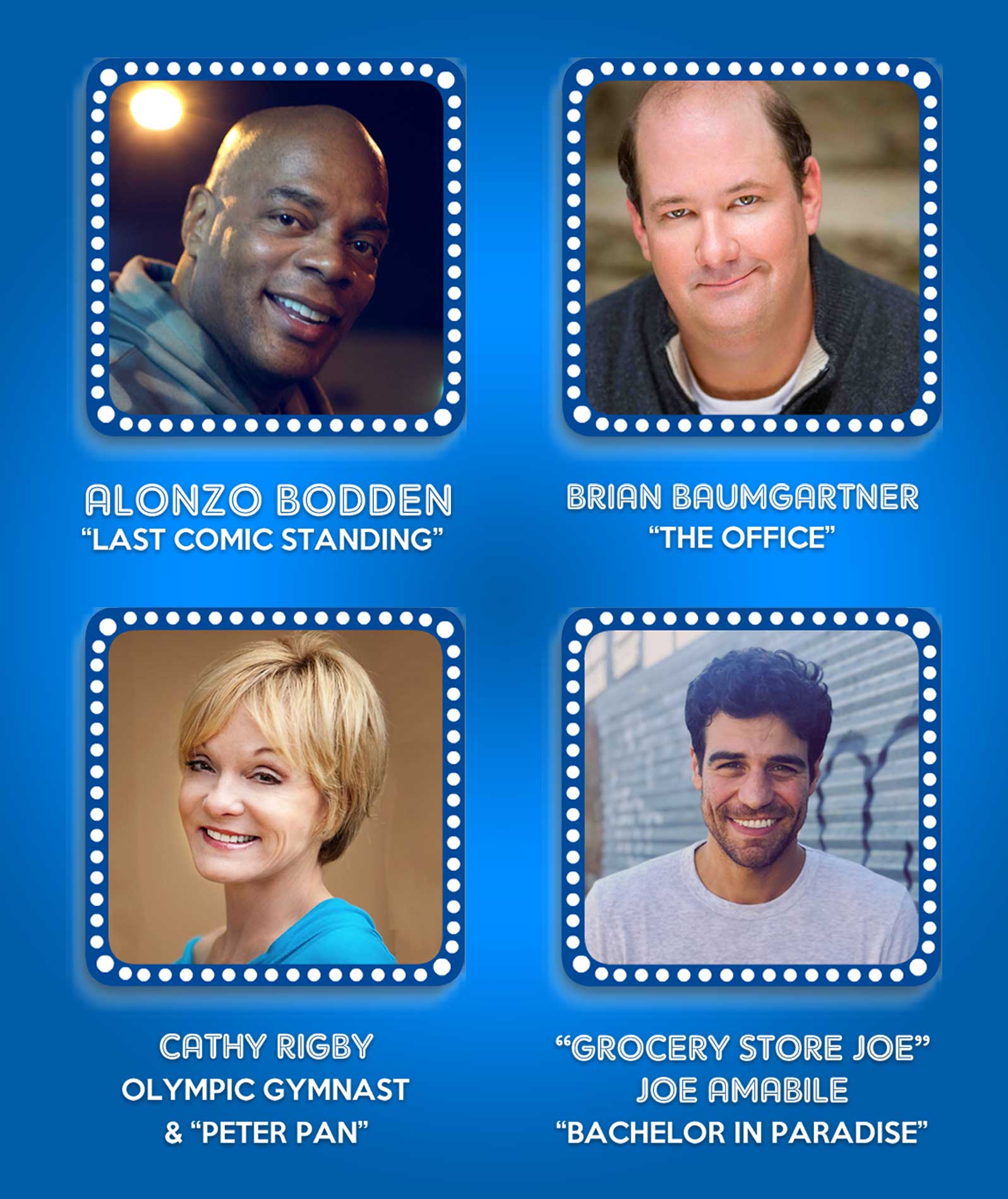 Outside of the celebrities and the chance to win cash prizes on-stage, audience members can also win prizes right from their seats since everyone in attendance plays along. Who to bring with you? Anyone you know. Palmer notes how Family Feud Live: Celebrity Edition offers something for everybody, “This is a show that everybody loves and that different generations and groups can enjoy together. Everybody has a great time.”

Having produced touring versions of The Price is Right and America’s Got Talent, producer Jeff Palmer knows what it takes to create a great live show. After all, the breakthrough tour of The Price is Right has been going strong for 15 years (that’s over 150 shows per year on the road, not to mention more than $15 million in cash and prizes). 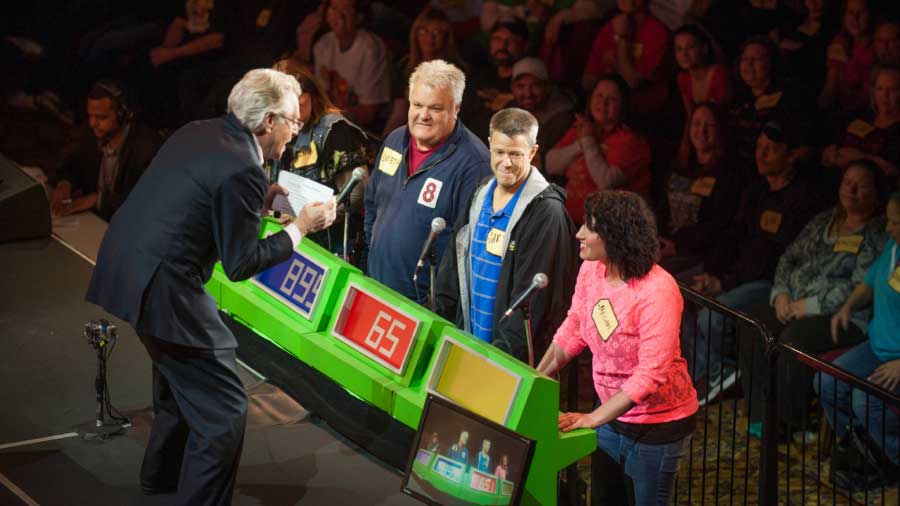 So why Family Feud? Acknowledging the popularity of the TV show, Jeff explained, “It’s a thrill to bring this show to people. We are so thankful for our fans so it’s really special to be able to bring Family Feud Live to them.” The fun celebrity team captains and audience participation add another special ingredient to the mix, “The show is all real, all improv and always funny – the authentic funniness is another reason that Family Feud is requested as a live show.”

Check out the tour schedule and join the star-powered live version of your favorite game show! The traveling shows aren’t televised, but the live audience will be immersed in all the familiar action, scenery, and prizes of the beloved stage show, and more. Don’t miss out on this exciting new show—grab your tickets now!

After the first run detailed on the Family Feud Live website, we will head back on the road in the fall. Stay tuned for the dates and the new celebrity captains!